Pukika INCEPTION is a learning game and an idea lab for self-sustaining cities. Users learn how resource management at a city-scale function, and they discover the latest trends in technology and consumer behaviour that help our cities become more self-sustaining. 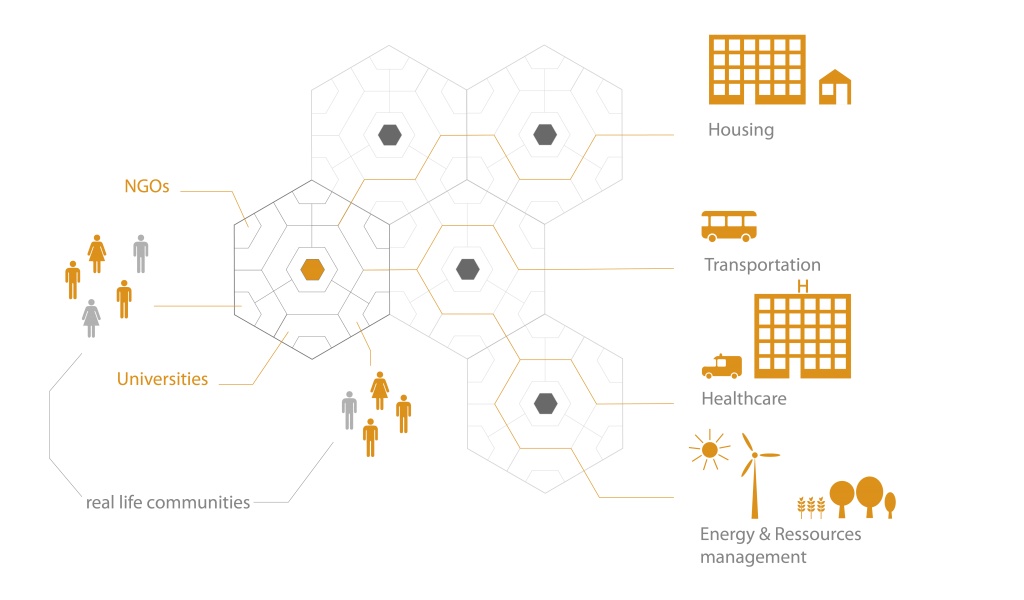 In the past years, we have been developing the Urban Ecosystem Manager (UEM), a framework of algorithms that links human economic activities to the ecosystem, integrating the impact of externalities. Our sustainability engine will power Pukika INCEPTION, as well as other products we have in the pipeline that can be implemented in real cities. We are looking for partners, investors and volunteers to join us in this moonshot project.

Today, 55% the human population lives in cities and the percentage will continue to rise. By the year 2100, urban population will grow from today’s 4.5 billion to 9 billion. Whatever happens in cities has a profound impact on the planet. It is evident that we don’t know how to manage the earth’s resources, and environmental destruction continues at full speed.

Most of this urban explosion is happening in developing countries. Today, we are just expanding cities that use an urban model designed for cars. The result is skyscrapers for the middle-class and slums for the poor. Our economic model regards inequality and environmental destruction as a matter of fact thingy. Sadly, there hasn’t been a Plan B for humanity. Until now…

Our species is guilty of terrible wars; pollution of water, soil and air; extinction of species; destruction of ecosystems; global warming and we’re guilty of an absurd inequality that is growing every day. But we’re the same species that invented gastronomy, music, dancing, football, diving, vaccines, artificial intelligence, space travel and the pill.

We believe humans can do better than our bipolar record shows. We don’t want humans to go down in history as the species that caused an era of mass extinction, but as a species that helped life flourish on Earth and beyond.

Finding a truly sustainable path is the biggest challenge of our time. We’re launching Pukika because humans are a fantastic species, and if we put our minds together, we will come up with economic and urban models where a modern lifestyle doesn’t mean screwing up the planet. We, Pukikans, are devoting our creativity and life to make sure humanity has a different option.

Let’s build a better future together!

We are proposing a self-sustaining city model because it represents the ultimate efficiency in human and natural resources management. We are not making a stand against free-market and globalisation; they have played a centre-stage role in advancing humanity. However, it’s time to enter a new stage of civilisation where cities integrate to their ecosystems. Today, we have the technology to make cities more responsible for their consumption and accountable for the pollution they cause.

Self-sustaining cities are metropolitan areas that meet their own food, energy and water needs; while they strive to increase the share of local production of furniture, textiles and other goods that are reasonably possible to produce within the local ecosystem. These cities also promote a leading role for local companies in the service sector.

Self-sustaining cities can generate more jobs for the community, while local products, such as food, are more likely to be healthy. These cities reduce their environmental impact because they require less energy and packaging to get products to the consumers—compared to bringing them from the other side of the world. Perhaps the most important effect of self-sustaining cities is that, by placing on our doorstep the pollution derived from our consumption, it induces a more mature consumption behaviour.

To become an advanced civilisation that doesn’t kill its planet, we must create a new development path. There’s no time to point fingers, we must start today building the future we want. A few centuries ago, convincing people in Europe that the earth was not flat was a gigantic task. Today, we face a similar hurdle: showing the world that it is possible to live in a different way; a world where the economy doesn’t go against nature.

Pukika INCEPTION has three modules. The first module deals with Lifestyle and Behaviour. Here users can learn how their decisions have an impact on the environment, and what everyday practices they can adopt to help reduce environmental destruction. 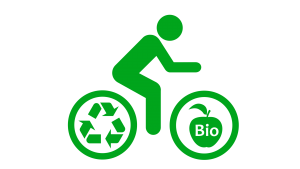 The next module deals with the production of goods and services following the principles of Circular Economy. Here users learn the basics and best practices in Circular Economy, Sharing Economy and Cradle-to-Cradle manufacturing. In this module, users tackle challenges to help us figure out how to embed Circular and Sharing Economy in every aspect of a city. They propose business processes and consumer behaviour that protects the environment and promotes equality within the city. Outsourcing knowledge and creativity is a core part of this module because modern cities are complex systems and there’s a lot of ground to cover for self-sustaining cities. We’re going to need all the help we can get 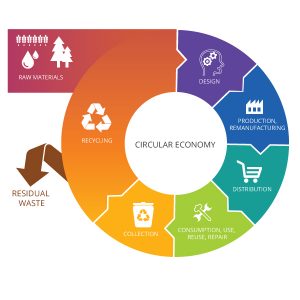 In the third module, users design cities using our own Fractal Urban Planning tool—a new approach to urban planning that uses fractals to determine what gets built and where. Small changes can have a large-scale impact on cities. In this module, users learn about these relations in the different systems that make up a city—such as food production, energy, transport, construction, health and so on. Users come up with ideas of how to optimise a city’s resources and to improve the quality of life of its citizens. 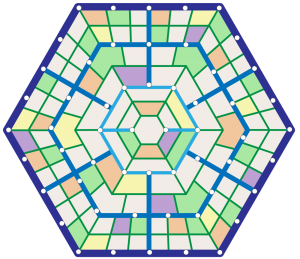 Pukika INCEPTION was conceived to spread the idea of self-sustaining cities and collectively figure out how cities can achieve a higher self-sustaining degree. This begs the question of how can a game impact reality? Pukika INCEPTION is the first step in our vision for self-levels cities. With the knowledge and concepts users create, we intend to develop Pukika BLUEPRINT, a multiplayer city simulator for mobile and VR. This platform would allow us to simulate a self-levels city of around 3 million people.

We believe building a city should not be the role of a few decision-makers. That’s why Pukika BLUEPRINT will be a collective puzzle where “citizens” shape the city the way they want, while making sure that the city is regarded as an ecosystem, and taking into consideration the health of faraway habitats.

With the knowledge and data from running a full simulation of a self-levels city, we could then move on to develop software to run real cities. Based on our proprietary Urban Ecosystem Manager, Pukika SOLUTIONS will be a bundle of applications that run the different systems of a self-sustainable city.

Our long-term dream is to facilitate the construction of a self-sustaining city that showcases the best systems, business processes and consumption behaviour our users define along the way. Building a city from scratch would allow us to incorporate systems that would be too expensive or politically risky in an existing city. Such a self-sustaining city, call it Pukika for now, would have the highest self-sustaining level possible with the technology available at the time, and could pave the way for a new generation of cities that protect the planet and foster equality among the community.